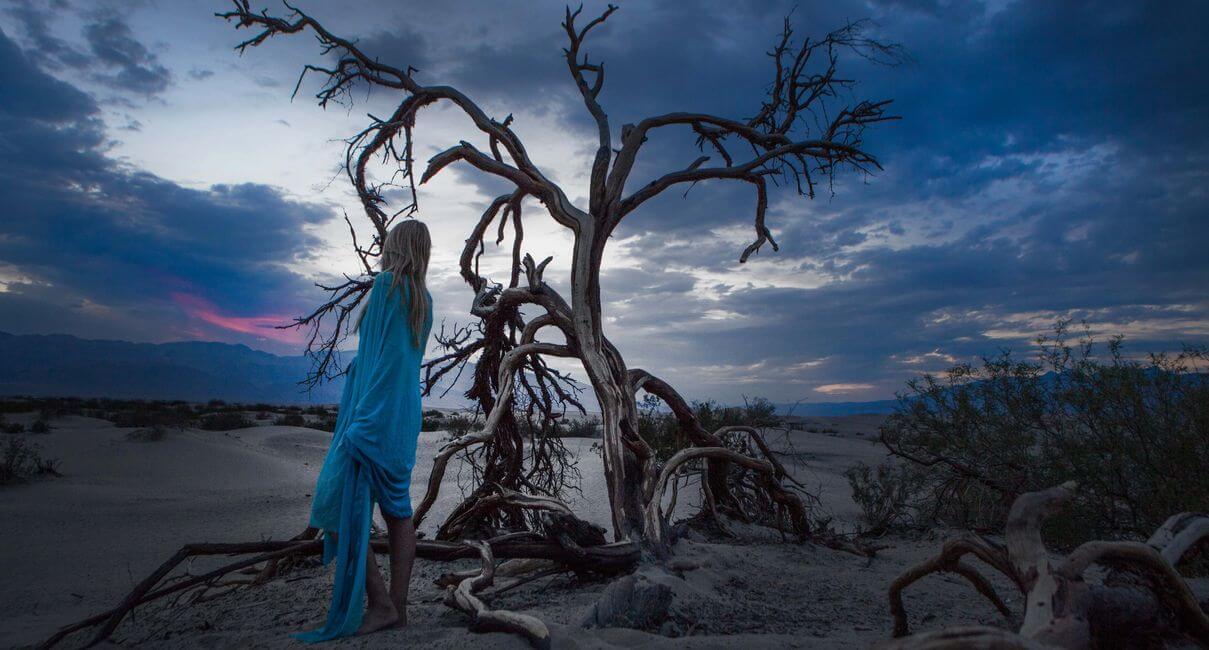 One of the hottest places on Earth

For desert lovers there is probably nothing better than a road trip to Death Valley which borders California and Nevada. We’ve taken several road trips here, twice in summer and once in the spring. Unless you’re a fan of searing temperatures and dry heat, you’ll want to avoid the summer months as we’ve experienced temperatures in excess of 120 degrees. In the spring temperatures were cooler (75-80 degrees on our last visit) with flowers in bloom. Death Valley is a vast state park and 91% of the 3.4 million acres of national park is a designated wilderness area featuring salt flats, craters, mountains, sand dunes. Our favorite spots are Zabriskie point, Badwater Basin, Ubehebe Crater, Artists Drive, the Mesquite Dunes and the Devils Golfcourse. There’s also a ghost town called Rhyolite, which is an abandoned mining town just outside of Death Valley close to Beatty Nevada.

You’ll want to load up on gas right before entering Death Valley. There are very few gas stations in the enormous park so there is a bit of a monopoly on gas which means their prices can be really high. You also don’t want to explore the Valley without enough gas in your vehicle, and there is no cell phone reception out here except at the few hotels, so if you run out of gas particularly at night you could be stuck there for awhile.

Also, if you are going on any of the long hikes, be sure to bring a compass and water. People can get lost out here.

For one of our trips here we rented a Mustang convertible and loved driving through Death Valley with the top down, particularly on Artist’s drive.

For photographers, whether amateur or professional, this is a dream location. If you want to opt out of the normal poses at the many scenic spots in Death Valley, throw on some angel wings or draped fabric and have at it. You won’t find a better backdrop than this.

Places to Stay & Other Nearby Attractions

We’ve always stayed at Stovepipe Wells and will continue to do so. It’s a great central location and is really close to Mesquite Dunes, an ideal spot to visit at sunset when the weather starts to cool (in the summer this means 90 Degrees or so). The rooms are very basic but large and there’s a store and restaurant on the grounds.

Also right outside of Death Valley is a small town called Beatty in Nevada. We really like this little town and stayed at the Atomic Inn. There’s a ghost town right outside of Beatty called Rhyolite which is an abandoned gold mining town from the early 1900s. It’s a great place to visit at dusk.

Another nearby (ish) location from the Nevada side of Death Valley is extraterrestrial highway. Its a bit of a journey, about 4 hours drive to get to Rachel Nevada and then take the drive down by Area 51. It’s an experience…

Find out more below…